Leading the Way to a Lower-Emission Future 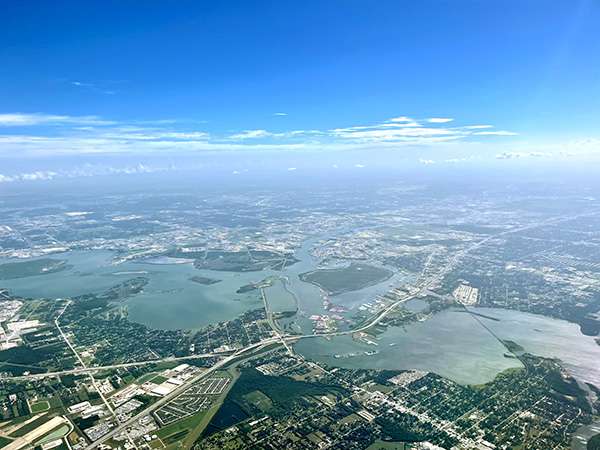 With the global demand for affordable, reliable, and sustainable energy showing no signs of slowing down, the need for emissions-reducing technologies has never been more important.

From the White House to the United Nation’s Intergovernmental Panel on Climate Change, organizations from all corners of the globe have recognized carbon capture and storage (CCS) as a critical component of decarbonization strategies around the world.

To put this into perspective, capturing ~100 million metric tons of CO2 a year from our region is equivalent to capturing the annual emissions of New York City two times over. 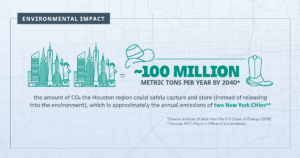 This isn’t just words on a piece of paper, but action. Many of our companies already have CCS projects in operation or development around the world. Several Houston CCS Alliance members including Chevron, Calpine & Shell, ExxonMobil and Linde have already publicly announced plans for CCS projects in the Houston region, with other member companies Air Liquide and LyondellBassell pursuing projects of their own, laying a strong foundation for us to build.

This strong foundation has helped the Alliance gain support throughout our state from academic experts, community leaders, and elected officials including Houston Mayor Sylvester Turner.

While some like to talk about big ideas here in Houston, we act. No other city in

the world has the depth of energy expertise, the industrial and manufacturing footprint, or the concentration of a skilled workforce needed to make this possible like Houston. These unique attributes coupled with the fact that CCS is a proven technology that is widely accepted as a key solution to accelerate emission reductions puts us in the perfect position to show the world, we can Reimagine the Energy Capital of the World.